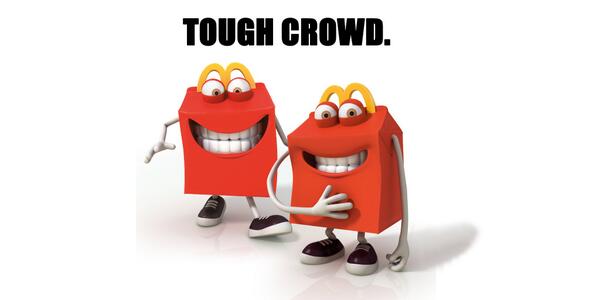 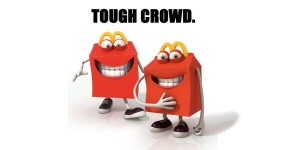 Mistake or not?  The scary new “friend” for McDonalds is making people love the clown, hug Grimace and kiss a chicken nugget.  But hey, people are talking…..

The fast food giant revealed a new mascot this week that was designed to delight children—but it seemed destined to give them nightmares instead. The character was a Happy Meal box named “Happy,” who had arms, legs and a giant, toothy mouth. Early reviews on social media described him as “scary,” a “mistake,” and “terrifying.” And, it’s true—he looks like a Happy Meal that mutated and started seeking vengeance against McDonalds’ customers. But the restaurant chain seems to be sticking with him, sending out a picture of him later in the week with a simple caption: “Tough crowd.”